For me, this is a completely natural topic – not for every parent, though. This fact took me by surprise. Even more so when I found out that even seemingly progressive mothers avoid this subject. Even psychologist mothers who know how important sex education is for the child’s healthy acceptance of their body, their self-esteem and future risk-free sexual behavior find the topic hard to approach.

When I told other mothers that I had gone through sex education myself as a child, they stared at me in disbelief as if I were some kind of a cosmic phenomenon. When I added that both my parents had experienced World War II as teenagers, they were born in 1929 and 1931, the mums were shocked even more. For me it really went without saying that, even as a preschooler, I had a sex education book for the youngest on my bookshelf and my teenage sister had a similar book for teenage girls. I still have that book, including LP records and both of my sister’s books at home on the bookshelf. We all think how earlier generations were so behind the times, but in sex education the opposite is true. Even T. G. Masaryk, the first Czechoslovak president, stated 100 years ago that lessons about sex life belong to the family. In this I totally agree with him, that’s why the generation of our grandmothers was better informed about this topic than our children are today, sadly.

We started to devote ourselves to sex education through talks with our own children, especially thanks to the curious questions of my son, which, together with my answers, created a coherent story. A love story between two people, in which I did not hold back from the answer to my 5-year-old son’s fundamental question: “How does daddy’s cell get into mummy’s tummy?” And because I could not find a suitable picture for it, I had to write the whole story, not only for my son, but also for other curious children. And you know how my son commented on the picture? “Oh, they’ll connect.” Would you think of that? This and other simple childlike statements on questions that parents may find difficult to answer are used in the book. Perhaps because of its nature, our youngest reader, who was less than a year old, understood it, and for the same reason the book was also accepted by the oldest 9-year-old reader.

Although sex education is a continuous process, there are two crucial stages. The first is the preschool period, when the child perceives human sexuality completely without taboos. At this age children talk about sperm as openly as they do about the heart or eyes. A child needs to know how they found themselves in their family, and so be enabled to build their own identity. Truthful, intelligible, quality information given directly by you as a parent allows you to build a very strong intimate mutually rewarding relationship. It is important for the child to know all the essentials on this subject before entering first grade, so that they won’t be ridiculed if confronted by their peers.

The second stage is puberty. Even at this stage, sex education should take place within the family circle as this intimate topic belongs to the intimate family atmosphere. During their child‘s puberty parents play an important role, they need to counter the misinformation on the internet, and recognize the right time to give their child the necessary books to learn from. Child development in puberty is very individual, each child matures differently both physically and mentally. Teenagers may be hindered by shyness to come to their parents to confide, to open up, to ask questions. However, they need information, so you are the ones to take the initiative, dear parents. 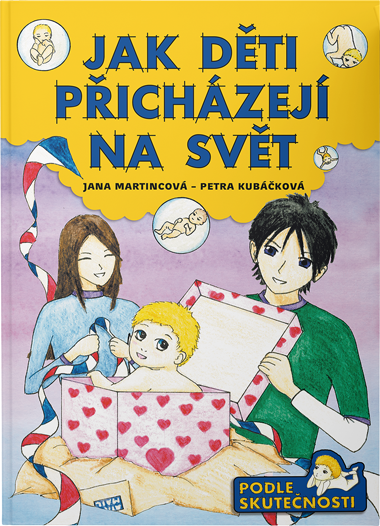 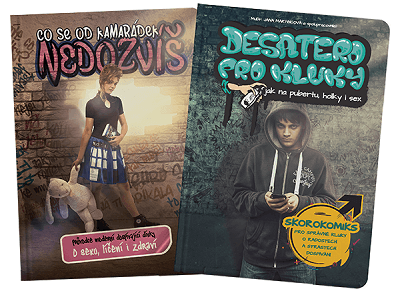 With a significant contribution from members of the target group themselves, we wrote two books for teenage girls and boys called What Other Girls Won´t Tell You and Ten-Point-Guide for Boys on How to Deal with Puberty, Girls and Sex. Teenagers illustrated them, edited them and came up with interesting topics.

We were inspired by the questions addressed to doctors on the professionally-backed portal Babyonline.cz. What really got us started was the teenagers´ lack of basic knowledge about their body, the chances of getting pregnant, or how to avoid pregnancy and STDs. Those children were not stupid, they just lacked information. Yes, in today’s ‘Internet Age’. After we released the chapter “How to avoid pregnancy”, the number of questions we had received every day suddenly dropped from five a day to one every two days. It is wonderful to work with children, both youngsters and teenagers. Their mind is like a sponge, soaking up huge amounts of information from their environment.